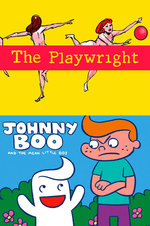 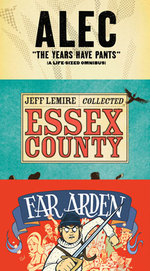 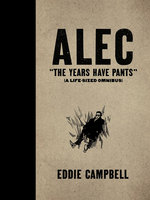 Prominent industry journalist Tom Spurgeon (The Comics Reporter) has finally presented his picks for best comics of the year, with Eddie Campbell's landmark collection Alec: The Years Have Pants receiving the #1 spot for archival/reprint books. Also honored as one of the year's best was Far Arden, the rip-roaring Arctic adventure by Kevin Cannon.

Spurgeon singles out Alec as "extraordinary" and "life-affirming," pointing out that "Campbell's work reflects not just a life as lived but mirrors the process of understanding that life." He praises Far Arden, meanwhile, not only for its formal tricks but also for "its world-building and capacity for melancholy." Click here to read the whole list!

Comic Book Resources staff writer Alex Dueben emcees a great in-depth interview with JD Arnold and Rich Koslowski, creators of the upcoming blues/racism/revenge thriller BB WOLF AND THE THREE LPs! Find out how the JD's script and Rich's art made "a story that is so familiar" into something "as moving and powerful as this book is," and find out why Alex calls it "one of the best graphic novels of the year and a must read for any comics fan!" Click here to read the interview! 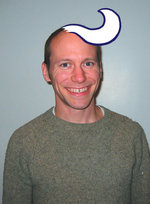