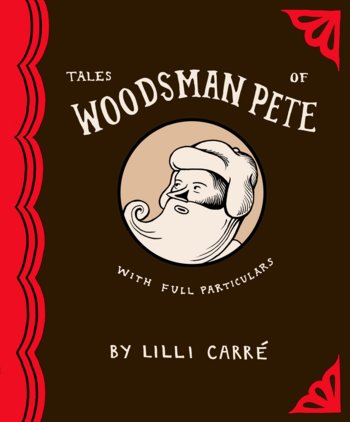 From Lilli Carré, one of the bright new faces in the indy comix scene -- Tales of Woodsman Pete is a collection of vignettes and stories about a solitary albeit gregarious woodsman with a loose grasp on his own personal history and that of the outside world. He forms relationships with his inanimate surroundings and muses to a dead audience, specifically his bear rug, Philippe. His own tales eventually become entangled with that of the legendary Paul Bunyan, and the two become indirectly intertwined, illuminating the discrepancy between the character of the storyteller and the character within his stories. The lives of both Paul and Pete encounter such things as the questionable origin of an ocean and the desire for preservation of everything from a fallen bird to an overused expression that has strayed a stone's throw from its original meaning. -- 80 pages, Diamond: APR063411