Jeff Lemire's ESSEX COUNTY just won the DOUG WRIGHT AWARD for BEST EMERGING TALENT (CANADIAN CARTOONING). This is in addition to the slew of other awards Jeff has received this year for his amazing Trilogy of graphic novels: TALES FROM THE FARM, GHOST STORIES, and THE COUNTRY NURSE.

Jeff also won the American Library Association ALEX AWARD, the SHUSTER AWARD for OUTSTANDING CANADIAN COMIC BOOK CARTOONIST, and was nominated for a HARVEY and two EISNER AWARDS to boot!

The Trilogy is now in print, so if you haven't tried it yet, now is the time to pick it up:

Updates to the site, posted every weekday, will take many forms, ranging from one-page gags to short stories to chapters in an ongoing series. With each day's new story, co-editors Brett Warnock and Leigh Walton will unveil another piece in a rolling assortment of previously-featured artists and new debuts. Check out the topshelf 2.0 tab on the left and see the updates already posted!

THE SUMMER OF LOVE AT THE SWEDISH SMALL PRESS EXPO!

The relationship between the Swedish and American alternative comics scenes got a lot stronger a few weeks ago at the 10th Annual Swedish Small Press Expo (SPX) held at the famous and opulent KULTURHUSET -- Sweden's "House of Culture" in the heart of gorgeous downtown Stockholm.

I was lucky to be invited as a guest of both the convention and the publishing house ORDFRONT/GALAGO, as this September Top Shelf will be distributing FROM THE SHADOW OF THE NORTHERN LIGHTS, the first ever all-English anthology of Swedish alternative comics.

Jeff Lemire not only won the American Library Association's "ALEX AWARD" for his phenomenal graphic novel, ESSEX COUNTY (VOL 1): TALES FROM THE FARM, but TALES FROM THE FARM and ESSEX COUNTY (VOL 2): GHOST STORIES have both just been nominated for the 2008 JOE SHUSTER AWARD for Outstanding Canadian Comic Book Cartoonist (Writer/Artist), and also two EISNER AWARDS for both Best New Graphic Album and Best Writer/Artist.

If you haven't picked up these three amazing graphic novels yet, you should. They are amazing!

A really cool documentary on Jeffrey Brown just aired on Canadian Television's SexTV. They just posted the segment to their website, and the entire piece can be watched online. Check out the show here: Sex TV.

Lemire and Kindt named in BOOKLIST's Best of Year!

Jeff Lemire's ESSEX COUNTY (VOL 2): GHOST STORIES and Matt Kindt's SUPER SPY made Booklist's TOP 10 GRAPHIC NOVEL LIST -- and Top Shelf was the only publisher with 2 books on the list too!

SUPER SPY on ATTACK OF THE SHOW!

Blair Butler of G4tv just did a cool piece on Matt Kindt's SUPER SPY on ATTACK OF THE SHOW. To watch the video, CLICK HERE. 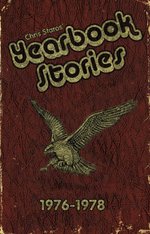 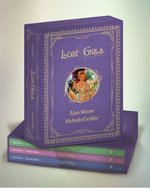 A short YouTube video of Alan Moore and Melinda Gebbie from their BBC4 interview on Lost Girls: Alan and Melinda on YouTube.

The Young Adult Library Services Association (YALSA), the fastest-growing division of the American Library Association, has just announced the winners of the 2008 Alex Awards, ten adult books with specific teen appeal. The awards, sponsored by Booklist, were just announced at the 2008 ALA Midwinter Meeting in Philadelphia, and Jeff Lemire's ESSEX COUNTY (VOL 1): TALES FROM THE FARM was one of the ten winners! And to put this in perspective, the last graphic novel to make this list was Persepolis, and that was five years ago. To, see the list of winners just click here: Alex Awards.

Blair Butler of G4tv announced her picks for the Best Comics of the Year on ATTACK OF THE SHOW. To watch the cool video, JUST CLICK HERE. It's the last part of the video, as she announces all her best superhero picks first, and then ends by awarding both Jeff Lemire's GHOST STORIES (Top Shelf) and Adrian Tomine's SHORTCOMINGS (D&Q) as the two books that tied for "Best Indy Comic Of The Year". Thanks, Blair! Very cool.