"Steve Lafler's comics will have you keeling over backwards with laughter." - Peter Bagge, Hate ... BUGHOUSE is cartoonist Steve Lafler's graphic novel about the life of a jazz band of the same name. Set in an "insect noir" Manhattan of the early fifties, BUGHOUSE is built on an ensemble of characters, who are essentially human beings with bug-like features. Tenor saxophone maestro, Jimmy Watts, leads his talented band of bugs from the swing era into the uncharted maelstrom of Bop. And as he and his band mates claw their way to the top of the jazz world, they must fight the temptation to be consumed by addiction to a substance known as "bug juice" (users of bug juice cook the drug over flames and suck it in through their antennae). Never has a more "human" portrait of drug addiction been portrayed, and never before has the art of music felt more alive and real on the printed page. -- 192 pages. 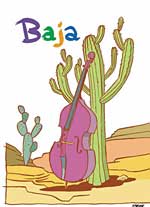 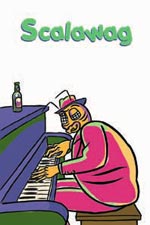