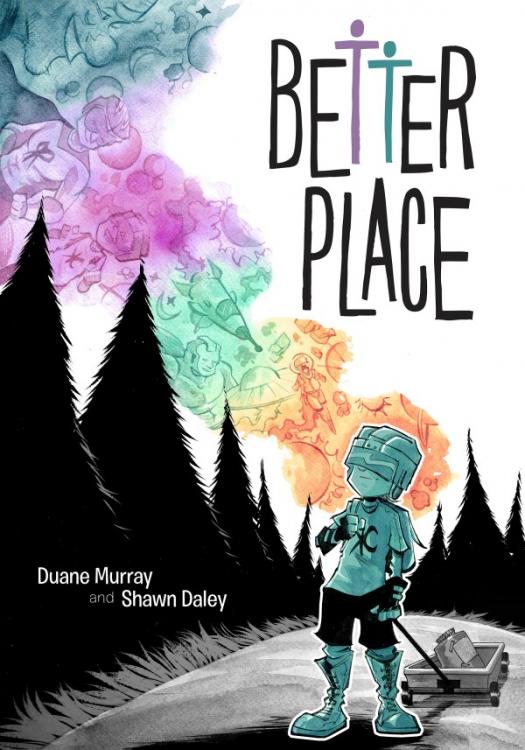 "Heartfelt... Daley’s action-packed, mostly black-and-white panels burst with technicolor enhancements whenever the superhero comics appear, as if to prove the power of Dylan and Grandad’s transformative imaginations." — Booklist

"Better Place is one of those stories that will sit with you long after reading… a comforting and warm embrace of a story." — Gay League

This sidekick misses his superhero... After hearing that his grandfather has gone to a "better place", a boy sets off on a grand adventure to find him, dressed as his favourite comic book character.

Dylan just moved to a new house, with no friends, and a mother who doesn’t have time for him. Luckily, he has his grandad. Together, they are Red Rocket and Kid Cosmo, who save the universe every day with the power of imagination! But one day, Dylan learns that his grandad is suddenly gone… to a “better place.” Now, Kid Cosmo will have to save the day, all by himself.