News / Top Shelf's graphic novels are the Best Books of the Year!

Cosmoknights (Book One) by Hannah Templer … according to Comics Beat and the New York Public Library.

A Shining Beacon by James Albon … according to Comics Beat.

The League of Extraordinary Gentlemen (Vol. IV): The Tempest by Alan Moore & Kevin O'Neill … according to The Guardian (even though the hardcover collection isn't out until next month)!

What's more, a jaw-dropping BEST OF THE DECADE honor is due to the March trilogy by Congressman John Lewis, Andrew Aydin, & Nate Powell … according to both Comics Beat and the AV Club (which also included Casey Nowak's Girl Town in their list)!

That's a diverse enough spread to cover just about everyone on your holiday shopping list! Congratulations to all these brilliant authors, and to all the lucky loved ones who'll be receiving great graphic novels this year. 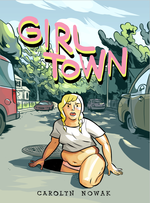 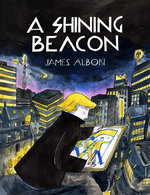