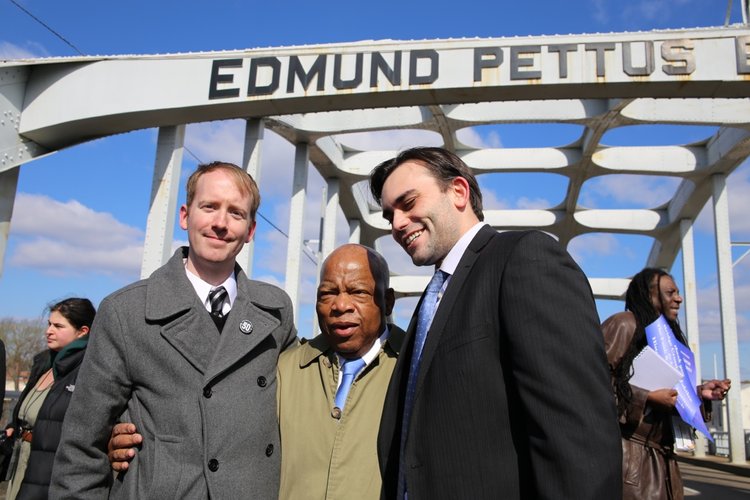 Also in attendance were the two young men collaborating with John Lewis on his upcoming graphic novel memoir March (Book One): Andrew Aydin and Nate Powell! Above is a photo of the three graphic novelists during the ceremonial crossing of the Edmund Pettus Bridge in Selma, commemorating the 1965 march across that bridge, known as "Bloody Sunday," in which protesters were gassed and beaten by state and local police -- an event depicted in the opening pages of March.

Perhaps the most powerful event of the pilgrimage occurred in the state capital of Montgomery, during a reconciliation & remembrance service at First Baptist Church, where Montgomery Police Chief Kevin Murphy officially apologized to Lewis for the police's inaction while Lewis and other Freedom Riders were beaten by a violent mob in 1961. As a gesture of reconciliation, Murphy gave his own badge to Lewis and said, “we are truly grateful to you.”

Stay tuned for more news on Mr. Lewis and March, building up to its release on August 13!