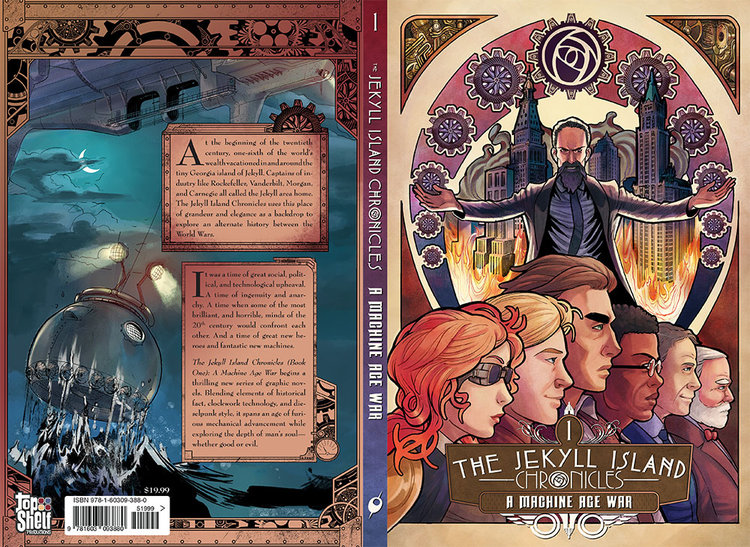 In the early 20th century, the world's wealthiest men — captains of industry like Rockefeller, Vanderbilt, Morgan and Carnegie — spend their leisure on the tiny Georgia island of Jekyll. But when a terrifying new threat rises from the ashes of the Great War, it will take more than money to defend the free world — it will take a new generation of heroes.

Set in an alternate version of the age of invention, The Jekyll Island Chronicles: A Machine Age War begins a thrilling new series of graphic novels. Blending elements of historical fact, clockwork technology, and dieselpunk style, they span an age of furious mechanical advancement while exploring the span of man’s soul – whether good or evil.