But how to promote this full-color monument to American ingenuity? For guidance, we turned to the words of Thompson himself: "If a thing like this is worth doing at all, it's worth doing right... We'd be fools not to ride this strange torpedo all the way out to the end." So the only way to handle a book like this, we felt, was to dress up like human peacocks and get crazy, then screech off across the desert and hold some signings.

We'll be replicating, as closely as possible, the actual journey depicted in the book — drinks at the Polo Lounge in Beverly Hills, driving through the California desert in a convertible, and searching for the American Dream on the Las Vegas Strip. But instead of a briefcase of intoxicants, Troy will be loaded with art supplies, so he can document the experience in comics form as we go. So what are you waiting for? "Buy the ticket, take the ride!" 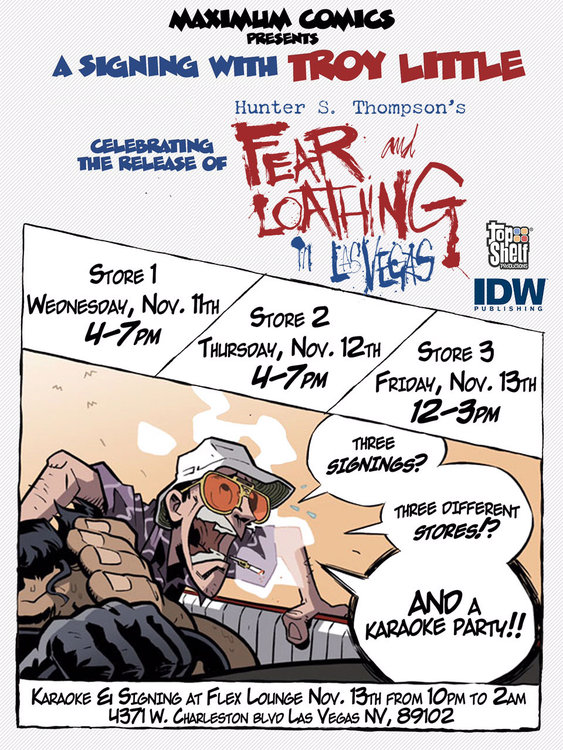 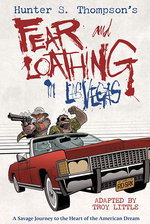