Hey Bartender / i am at the mercy of the volcano gods. less than 48 hours away from departure, and i'm still not

i am at the mercy of the volcano gods. less than 48 hours away from departure, and i'm still not

certain if Chris and myself will be able to get on a plane bound for Stockholm, Sweden. (If we DO get to go, it's good thing i'm checking weather reports... it's supposed to SNOW the day we arrive! Yikes!)

Here are three of those amazing Swedes: from left to right, Mats Jonsson, Kolbeinn Karlsson, and Simon Gärdenfors. 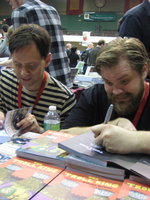 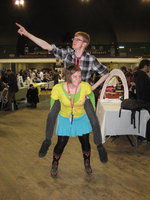 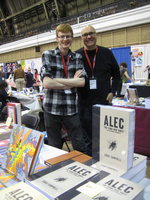 • How cool is it that three of our graphic novels are recently nominated for Eisner Awards. (The Eisner Awards, if you're new to comics, are the equivalent of the Motion Picture Academy Awards. So to win an Eisner is like winning an Oscar.) That said, for my money, Kevin Cannon's epic Far Arden was misplaced, and should have been nominated for Best Original Graphic Novel, and not Best for Kids nod. But trust, i ain't complainin'! And big ups to Eddie Campbell (Alec: The Years Have Pants) and Jeff Lemire (Essex County) for their noms in the Best Graphic Album: Reprint category.

And let me tell ya folks, these weren't nominated for no reason. They are works of shear beauty.

• Cartoonist and animator extraordinaire Graham Annable has a swell new set of prints available. I know i might sound like a broken record on the matter, but is one of my favorite storytellers, in any medium. I'm not a big horror fan in general, but the macabre nature of his stuff hits all the right notes. Very very intellectual, scary, and often times laugh-out-loud funny. 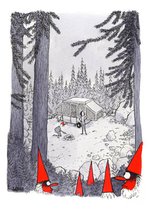 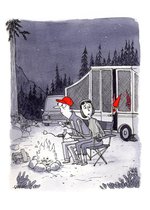 Here's his most recent one right here. And there are 36 more on The Grickle Channel.

Oh, and also make sure to buy his awesome new comics collection, edited by my pal Diana Schutz, The Book of Grickle. 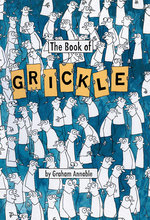 • How bitchin' is this Sweet Tooth cover by Jeff Lemire?! 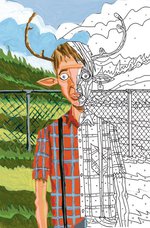 • So, i just did some comics shopping, and also received some books in trade from my pals Joe and Eric over at Image. There's some real nice stuff coming out these days. But two books kind of let me down. On the plus side, holy wow!... Peter Bagge's Other Lives from Vertigo is one tight package. Can't wait to dive into that one. 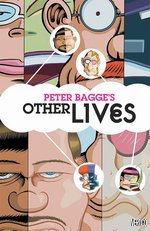 And while i'm not big on floppies, i picked up a mad-crazy comic called Lose #2, by Michael Deforge and Koyama Press. This is some freaky weird shit and utterly compelling. 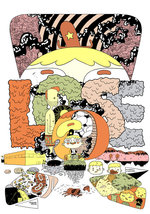 Somehow i missed #2 of Brian Wood and Becky Cloonan's Demo. #1 & #3 were simply awesome... this team rules, and the first Demo series is one of the very very few titles where i think the floppies trump any collected printed. (I'll need to get that run bound.) In any case, i've been a fan of Brian's work since way back, and Becky's work here is nothing short of a triumph. Her work is growing in leaps and bounds. (And, hey Brian, when are we going to see all-in-one collected editions of Channel One and The Couriers?)

There appears to be (drumroll please) yet another new comics publisher here in Portland, called Revival House Press. I picked up yet another floppy in Mike Bertino's Trigger #1, and boy am i stoked!! I've been following Mike's work almost since i started in comics way back in the mid-90s. I know he's been doing lots of painting (beautiful stuff, too) but it's really awesome to see Mike back into comics. He's the real deal. 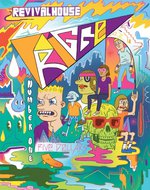 Somehow i missed the tasty Oishinbo A la Carte series of manga books until recently. "... a fascinating journey through the world of cooking and food culture." I'm sold!! Published by Viz, i have two volumes so far, and plan to score as many as i can lay my hands on. This series has exquisite unifying design and yet each book is identified by it's own color scheme. Written byTetsu Kariya and drawn by Akira Hanasakihe, the art, concept and execution are all outstanding. Highly recommended.

Now, in the disappointment phase of this post, two books i was totally anticipating came out, and i'm afraid i'm going to have to pass on them. Please keep in mind... i'm usually a sunshiny and (as Mom used to say) If You Don't Have Anything Nice To Say, Don't Say Anything kind of guy, and my beef is with the production of these books, not the content, creators, or publishers. First, Dash Shaw's Body World. I love Dash and i love his work. He's a forerunner in contemporary formalism and great fun to talk comics with. But as beautiful as the art is, the way this book is read (flipped on its side and read top to bottom, end over end) drives me nuts. (Marvel's recent Spider-Man daily comic strip collection did the same thing.) This is like nails on a chalkboard to me. Sorry. Also, Craig Yoe (who is a flipping genius comics historian, and whose praises i sing loudly and often on this blog) put out a collected edition of Dan DeCarlo's Jetta comics. The DeCarlo content is fabulous, but why oh why did Craig feel fit to pad the book with upwards of 30 pin-up by various artists... if anything, maybe half a dozen would be acceptable, but on my budget, this just won't fly. I want DeCarlo.

Finally, on the mind-bendingly gorgeous side of the spectrum, two books from Image came in that blew by little brain wide open. I've read a lot of good things about I Kill Giants, by Joe Kelly and Jm Ken Niimura, and if reads half as good as the magnificent oversized hardcover collection, then am i in for a treat. Then, Ivan Brandon and Nic Klein's Viking: The Long Cold Fire... maybe the most sumptuous, luscious, ass-kicking oversized hardcover in my vast library. Fuck me!, this is so cool it hurts. Like, as in Vikings are breaking down my door and taking advantage of me hurts. A "must-have" if ever there was one. 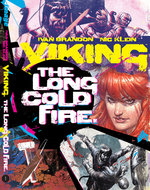