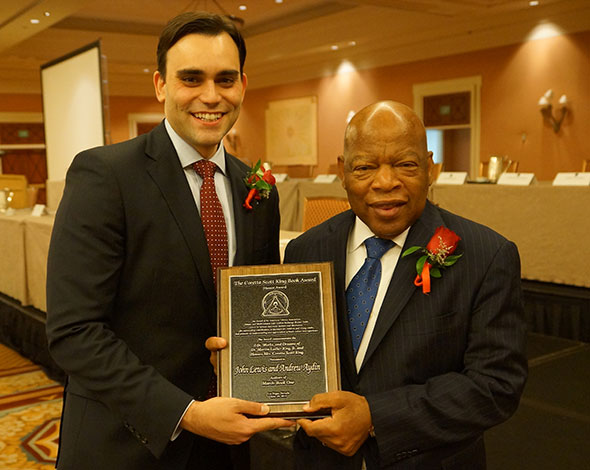 Sunday morning in Las Vegas was a great occasion for African-American books for young people, as the American Library Association's 45th annual Coretta Scott King Book Awards celebrated the very best in the field. History was made as, for the first time ever, a sitting member of Congress was one of the honorees: Georgia representative and civil rights icon John Lewis and his co-author Andrew Aydin received the Author Honor for their graphic novel March: Book One, drawn by Nate Powell. Congressman Lewis spoke movingly at Sunday's ceremony about his memories of Mrs. King and his hopes for the March trilogy, while Aydin thanked his mother for teaching him the importance of libraries, and singled out Powell's artistry for recognition. 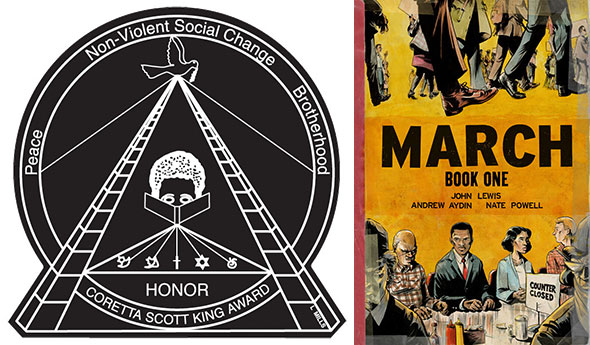 March: Book One, named one of the year's best books by USA Today, The Washington Post, Publishers Weekly, and many more publications, recently received a Robert F. Kennedy Book Award and has been selected as required reading for first-year students at three major universities (totaling 15,000 freshmen). It has also been adopted by schools in 30 states at the elementary, middle, and high school levels, and spent over 30 weeks on the New York Times bestseller list, including several weeks at #1.

For more information or to download the free Teacher's Guide to March: Book One, please visit www.topshelfcomix.com/march.