News / Critics agree: MARCH is outstanding! Now get a signed copy at Comic-Con!

Critics agree: MARCH is outstanding! Now get a signed copy at Comic-Con! 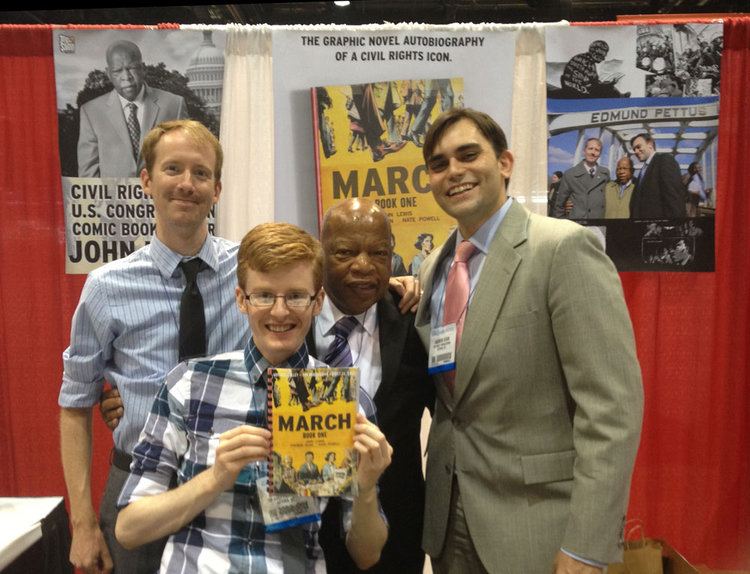 Now that we're a month away from the official release date of March: Book One (the first in a trilogy of graphic novels by Congressman John Lewis, Andrew Aydin, and Nate Powell), major reviews are starting to come in. As you may or may not know, all the top book-industry review journals issue "starred reviews" for titles they consider outstanding in their field. One starred review is lovely… more than one, and you've got something really special on your hands. So, how does March stack up? See for yourself:

That's right, we're three for three so far! But now it's time for the verdict from those who really matter -- YOU, the readers. Which leads to our next item… 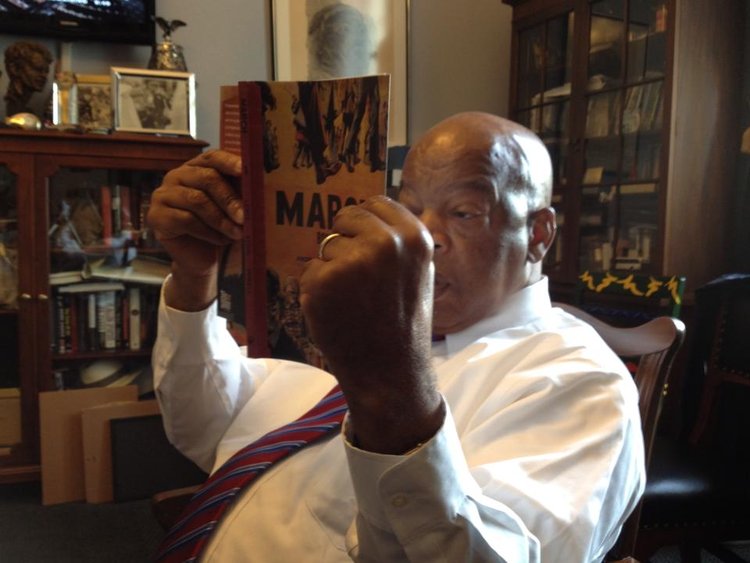 Comic-Con International in San Diego is the biggest show in America -- so when Congressman Lewis said he wanted to come, we moved heaven & earth to get the book ready in time. As a result, we're very pleased to confirm the special advance debut of March: Book One at Comic-Con next week, along with all three creators: Congressman John Lewis, Andrew Aydin, and Nate Powell. Come by the Top Shelf booth (#1721), meet a true American icon, and be the first to scoop up a signed copy of this piece of history!

PLUS: don't miss the MARCH team's feature presentation, Saturday morning at 10AM in room 23, as they share the story of MARCH and how it came to be! Click here to RSVP! 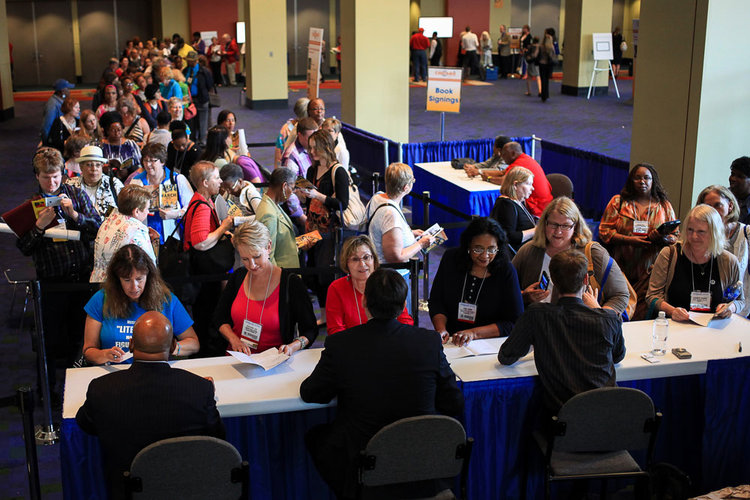 Finally, we have to share some memories of the MARCH team's triumphant visit to the American Library Association's annual conference. It was as huge a success as the BookExpo, with librarians scooping up our March Teacher's Guide, packing the auditorium for a feature presentation by Congressman Lewis and the boys, and standing in long lines for a chance to meet the authors and get a signed preview booklet. 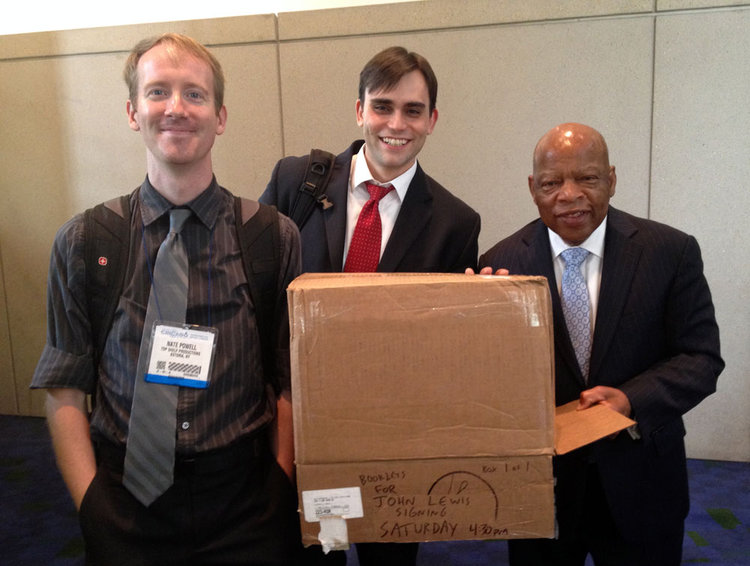 Andrew spoke about the history of comics in the civil rights movement, Nate walked audiences through his creative process, and they all signed until their hands just about fell off. The result? A lot of empty boxes!

We can't wait to share this magnificent graphic novel with you, and bring Congressman Lewis' incredible story to life for a new generation.