This bartender is back from a somewhat extended holiday, having traveled down into Southern Oregon and Northern/Central California for lots of camping, as well as my annual pilgrimage into San Francisco for APE. (Alternative Press Expo.) I won't lie, kids, traipsing through old-growth redwoods is hard to beat...

Anyway, i didn't get too much loot from the show this year, but i did happen across a few illustrators whose work is pretty damn fine, including Helen Chau, Marian Dilan, Aggie Cheung, and Kelsey Short.
Helen 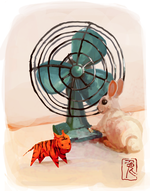 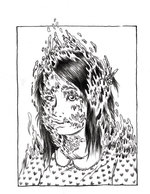 And of course, big up to James and Kirsten at Isotope Comics for letting me do my margarita-mixin'... i think i finally figured out why i seem incapable of not getting blotto doing this, but i'm pretty sure i shouldn't write about it here. ; ) 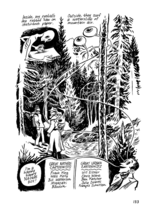