• Well Bill, Wayne and myself are back from the Denver location shoot on Road to Insignificance, the film about the life & times of Veeps author's Bill Kelter and Wayne Shellabarger. And while we didn't get to attend any actual events, the streets were alive with activity.

With principle shooting wrapped, i'm now totally stoked to see a rough cut of this baby, although editing won't begin until November. We've been playing this close to the vest somewhat, and as a straight documentary, but it's bound to come out sooner than later that while the core of Bill and Wayne's friendship is the real deal, we're straying from the truth in this film. Oh, and i'm the director.

Meanwhile, Bill made yet another guest appearance a few days ago on KPOJ, the Air America affiliate here in Portland. Awesome! 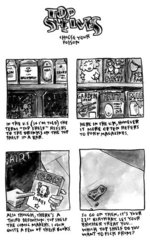 • Peter Kuper is editing the next issue of WW3. I do believe it's a wordless issue. This stunning Eric Drooker cover boggles, as his covers always do. 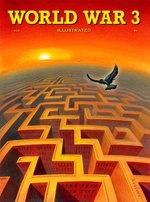 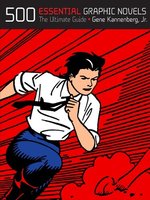 • Besides that his work kicks serious quantities of ass, Nate Powell is every publishers dream. He arranged and schedule the following promotional tout in support of the forthcoming Swallow Me Whole, AND is designing and producing a 2-color screenprinted poster for this as well. Here is his tour schedule, and a rough design for the poster.