Hey Bartender / there and back again... 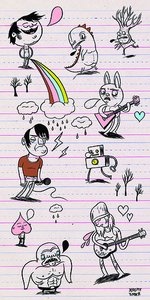