News / Jeffrey Brown in Chicago! James Kochalka in Portland! What a weekend!

Jeffrey Brown in Chicago! James Kochalka in Portland! What a weekend! 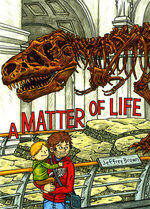 Once again the Top Shelf team hits the road this weekend, setting up to meet YOU at two great conventions thousands of miles apart.

In Portland, Oregon, come out to the Stumptown Comics Festival to meet special guest James Kochalka, returning to Portland for the first time in many years! He'll be discussing comics for kids (like Johnny Boo and the award-winning Dragon Puncher series), sharing secrets of his boundary-pushing animated series SuperF*ckers, and much more. Plus all our latest & greatest books are yours for the buying!

At the same time, those of you near Chicago, Illinois, can meet hometown hero Jeffrey Brown at C2E2, debuting not one but TWO new books! Fans of his bestselling Star Wars comedy Darth Vader and Son rejoice, as we'll have copies of the brand-new sequel Vader's Little Princess courtesy of Chronicle Books. What's more, we'll also have a special advance debut of Jeffrey's next landmark of autobiography, A Matter of Life, a gorgeous full-color hardcover! See you in Chicago! 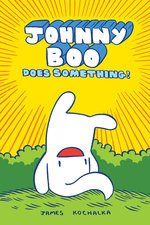 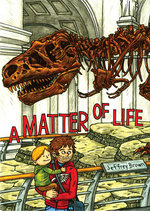