Hey Bartender / a time for heresy

a time for heresy

Well i still haven't had much time for extracurricular entertainment, and i haven't been able to keep up with juicy comics industry developments either, but i did read just now a very inspirational (if somewhat depressing) essay by the great investigative journalist Bill Moyers, A Time for Heresy. If you have any interest in reading more about the real world in which we live, this essay might open some eyes. Especially as it pertains, given Moyers' professed and upstanding Christian Values, to the hypocrisy of the movement of the modern religious right to marrying church and state, all the while acting against the very values they profess to hold.

Oh, and i suppose, in all fairness, i can't say i haven't seen anything... during this final stretch of pre-production on the New & Improved edition of From Hell, i found myself rather enjoying a 48-Hour Nickelodeon Marathon of Miami Vice. I know, i know... i'm dating myself (hey, i am 40 years old, after all), and yes much of the trappings of this show are dated as well. But that said, if you can get over the pastels and Phil Collins tunes, it holds up pretty well. You can see where Michael Mann cut his teeth on this tv show, and episodes from the early seasons especially have plenty of gritty goodness. (Including the offing of Crockett's original partner, Jimmy Smits, the sacrificial lamb, whose death was necessary to bring in the laid back Tubbs.)

Plus, in just the several episodes i caught, there was a plethora of guest stars (who at the time i originally watched these, back in college, i had no idea who they were), including: Frank Zappa, Pam Grier, Steve Buscemi, Willy Neslon, and the latino crew-member from the second-to-last (and lame) Star Trek spinoff. Oh, and Edward James Olmos as Lt. Castillo was just a supreme bad-ass.

I really can't believe i liked watching these again as much as i did. So sue me. 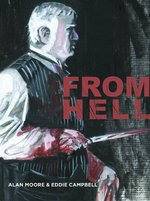