News / Get your first look inside MARCH: BOOK TWO as pre-orders officially open!

Get your first look inside MARCH: BOOK TWO as pre-orders officially open!

It's been a little over a year since we released March: Book One, and this graphic novel memoir by Congressman John Lewis, Andrew Aydin, and Nate Powell turned into a smash hit. Debuting at #1 on both the New York Times and Washington Post Bestseller lists, March has quickly become a key resource for parents, librarians, teachers, and readers searching for a powerful way to bring the lessons of the civil rights movement alive for the modern world.

Now, after 40 weeks on the Bestseller List, after university reading programs, awards, and dozens of events making up the most ambitious book tour in Top Shelf history... it's time for Phase Two. 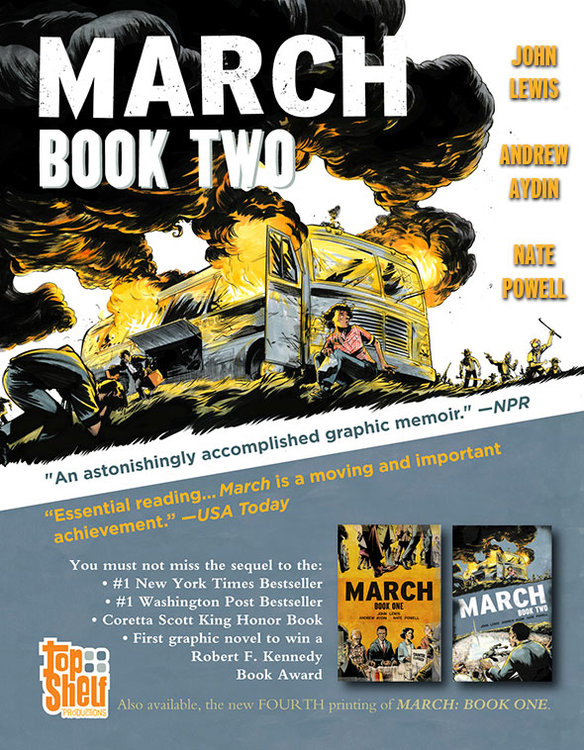 Our distributor Diamond Comics has released their November catalog for books shipping in January, confirming your suspicions that March: Book Two is set for release in January 2015 — and you can pre-order it from your favorite retailer! To celebrate, they've also published the first interview with all three creators discussing what lies ahead in Book Two:

"If Book One is Star Wars, then Book Two is our Empire Strikes Back. The stakes are higher, the heroes are stronger, and the danger is more lethal... we show how these young people became a truly national force, and one of the key elements of the broader Civil Rights Movement." — Andrew Aydin 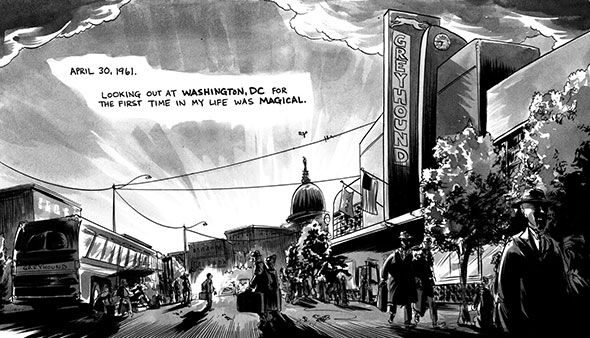 Retailers can now place their orders for March: Book Two with Diamond code NOV141657. In addition, there are two special editions available exclusively from Top Shelf — a hardcover edition, and a limited edition signed & numbered hardcover.

Thanks for all your support. We can't wait to get this incredible book into your hands.