Over six months after its publication, the phenomenon that is March: Book One continues to break new ground. This graphic novel, the first in a trilogy by Congressman John Lewis, Andrew Aydin, and Nate Powell, has won tremendous acclaim, both as a great book on its own terms, and as an opportunity to reach new audiences. March is not only communicating to new generations about vital American history, it's also introducing the graphic novel format to countless new readers.

With that in mind, we're very proud to announce three new developments this week: 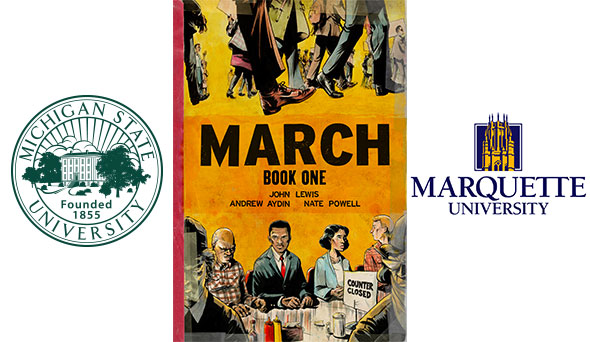 Michigan State University and Marquette University have both selected March as freshman required reading for 2014! March: Book One will be featured in "One Book, One Community," a program in which Michigan State University partners with the City of East Lansing to read, discuss, and celebrate a book together as a community. Similarly, Marquette University in Milwaukee has selected March: Book One for its First-Year Reading Program, in which all incoming students spend the summer reading a common text and then discuss it during New Student Orientation. Together, these programs will see over 10,000 students reading this graphic novel simultaneously!

March: Book One is praised by New York State Senator Daniel Squadron with a glowing review in the new issue of O, the Oprah Magazine (April 2014, on newsstands this week): "A riveting chronicle of Lewis’s extraordinary life… it powerfully illustrates how much perseverance is needed to achieve fundamental social change." 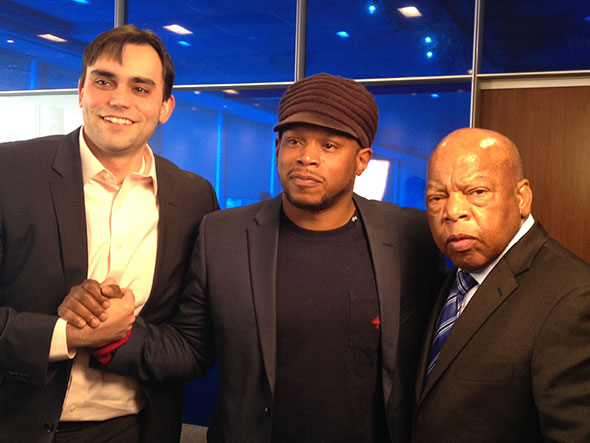 Last but not least, co-authors Congressman Lewis and Andrew Aydin recently taped an interview with MTV News' Sway Calloway, which will air on MTV shortly!