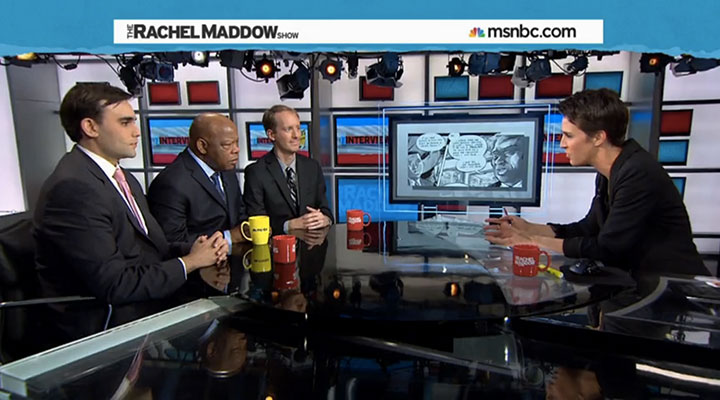 Congressman John Lewis and his graphic novel March: Book One are back on TV -- and this time he's got company! MSNBC's Rachel Maddow brought on Congressman Lewis and his collaborators Andrew Aydin and Nate Powell Thursday night for a live on-air interview, marking the first time The Rachel Maddow Show has featured the full creative team of a graphic novel. Watch here, or scroll down for a summary! 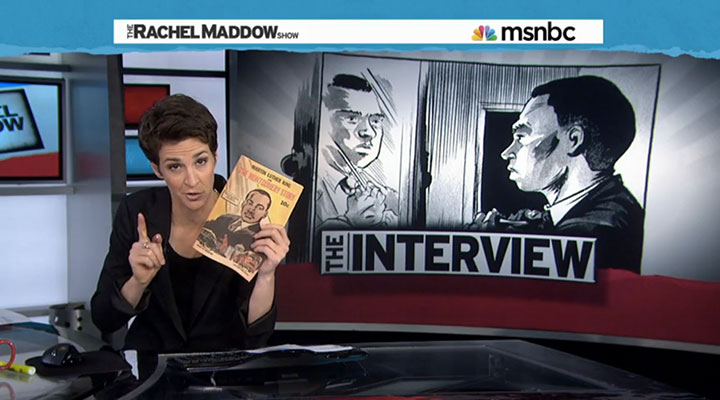 Maddow led off with a recap of Congressman Lewis' life and career, as well as the 1950s comic book that inspired the March project (now available in our new digital bundle). 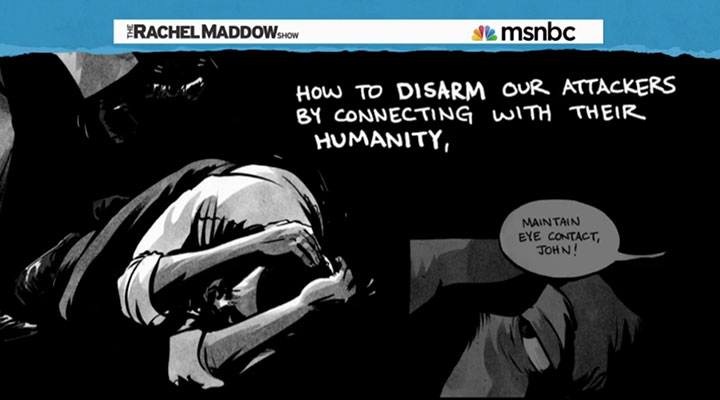 Then she played a new 60-second animation of Nate Powell's art from the book, with voiceover by Congressman Lewis, before bringing on the three creators to discuss the book and its message. 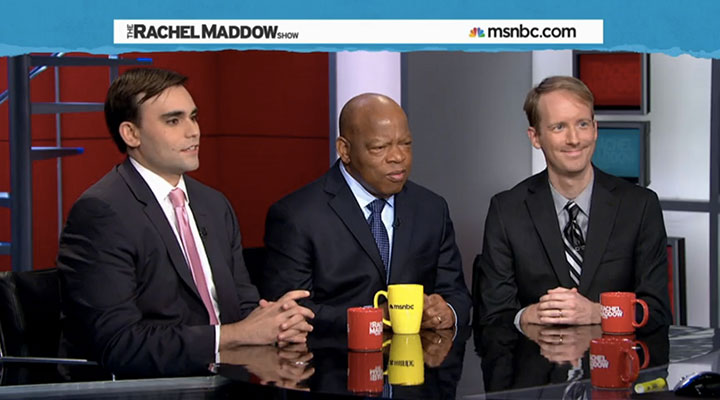 The whole video's embedded after the jump, or you can click over to the Maddow site for additional bonus footage and even a sneak peek at Nate's sketches for Book Two!