News / MARCH and Maddow - plus Al Gore and more!

MARCH and Maddow - plus Al Gore and more! 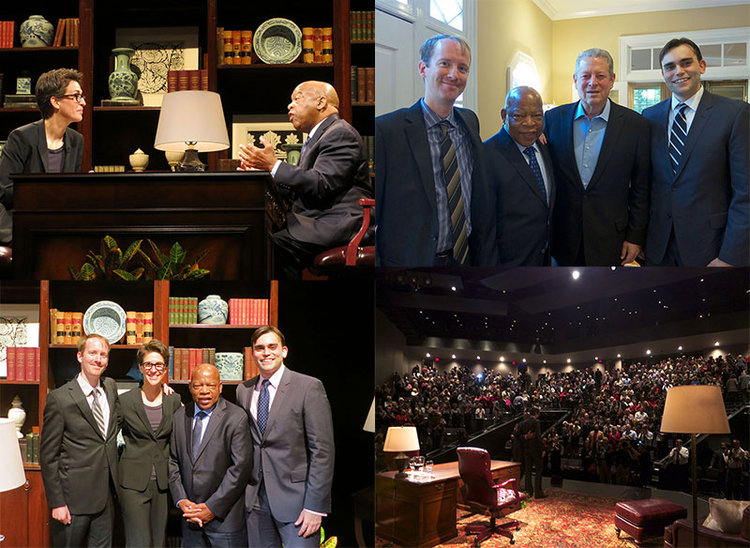 The March team's latest adventures included thrilling crowds at the Southern Festival of Books, a meeting with former Vice President (and new March fan) Al Gore, and an in-depth interview on stage with Rachel Maddow for the University of Louisville's Kentucky Author Forum, which just aired on PBS Monday night! You can watch that captivating hour right here:

That's not all: the full team -- Congressman Lewis, Andrew Aydin, and Nate Powell -- will be guests on The Rachel Maddow Show, airing at 9pm on MSNBC tomorrow (Thursday, November 7th)! This will be their first TV studio appearance as a full trio, not to mention the first graphic novel guest in the history of the Maddow show. And if you're in New York, meet all three at their signing tomorrow at Midtown Comics' downtown location from 6-7!

Plus: don't miss March being named to the Washington Post's Best Books of 2013, Publishers Weekly's Best Books of 2013, a long interview in the Los Angeles Times (which connects March to Lewis' most recent arrest), and a glowing review in The Comics Journal, which raves, "Powell intuitively captures all of the drama inherent in the congressman’s gripping, ultimately moving story. Teaming him with Lewis and Aydin has resulted in one of the must-read graphic novels of 2013 (and beyond)."

FIRST PRINTING IS SOLD OUT! 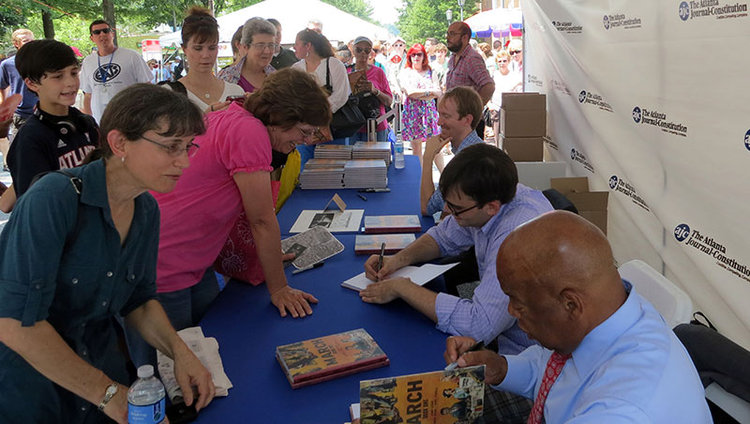 Yes, thanks to your support, Diamond Distributors is sold out of the massive first printing and on to the second printing of March: Book One, ready to keep you supplied as we prepare for the holiday gift-shopping season. Thank you so much for helping this project reach the success it has so far, and here's to the future!

(Psst... for you hardcore collectors, we still have a small handful of the signed & numbered hardcover first printing. But they’re going fast, so act now!)