News / Wii love James Kochalka (and so can you!) 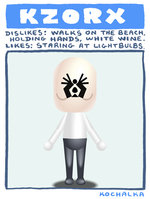