This August, Congressman John Lewis collaborates again with Andrew Aydin and Nate Powell for the searing conclusion of the award-winning graphic novel trilogy MARCH. Through an unforgettable literary and artistic narrative, MARCH portrays the surpassing courage, sacrifice, and revolutionary nonviolence that transformed American society in the 1960s, narrated firsthand by one of the key figures of the Civil Rights Movement. 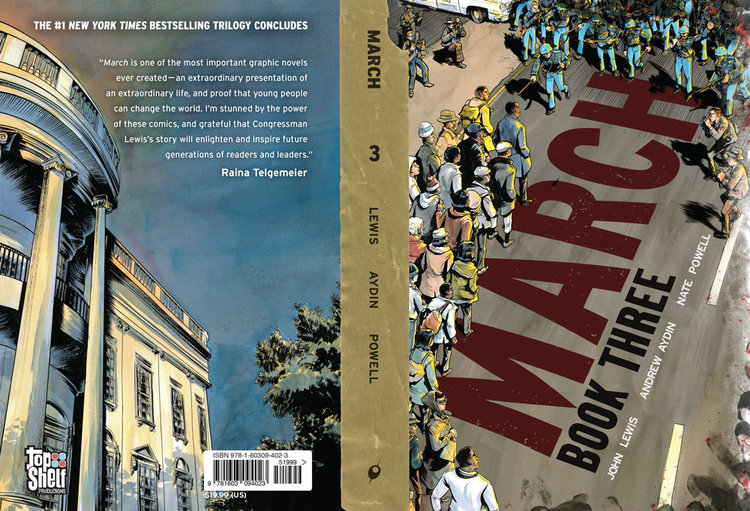 "March is one of the most important graphic novels ever created — an extraordinary presentation of an extraordinary life, and proof that young people can change the world. I'm stunned by the power of these comics, and grateful that Congressman Lewis's story will enlighten and inspire future generations of readers and leaders."

With these new struggles come new allies, new opponents, and an unpredictable new president who might be both at once. But fractures within the movement are deepening ... even as 25-year-old John Lewis prepares to risk everything in a historic showdown high above the Alabama river, in a town called Selma. 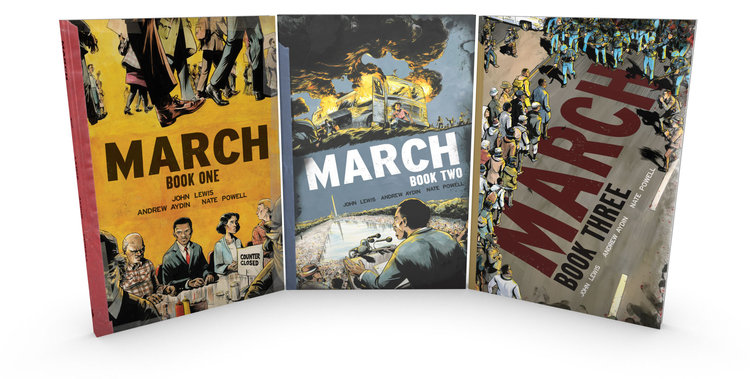 
"There is perhaps no more important modern book to be stocked in American school libraries than March." — The Washington Post

“March offers a poignant portrait of an iconic figure that both entertains and edifies, and deserves to be placed alongside other historical graphic memoirs like Persepolis and Maus.” —Entertainment Weekly

“Full of nuance and personal struggle, both of which impart an empowering human element to an often mythologized period of history... this is a must-read.” — Booklist (starred review)

On August 2, the trilogy will finally be complete. Join the MARCH!