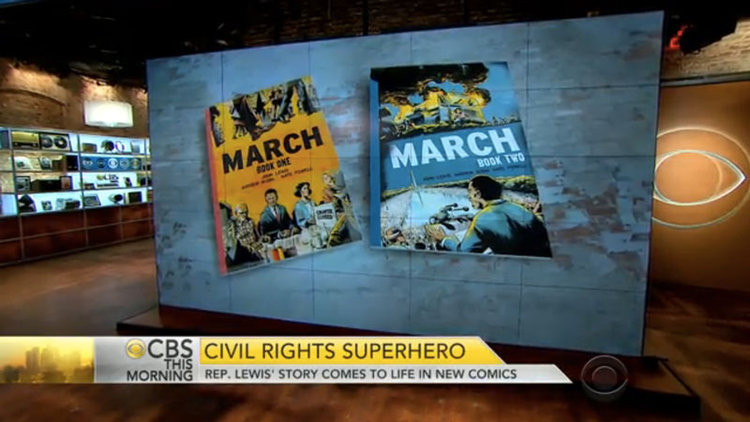 CBS's Jan Crawford asked the congressman about his recent trip to Comic-Con, where he dressed "in costume" recreating the trench coat and backpack he wore to march for voting rights across the Edmund Pettus Bridge in Selma, Alabama, 50 years ago. At the convention, he joined hands with local students who had studied March and led a "children's march" through the halls of Comic-Con, with a huge crowd following solemnly behind. 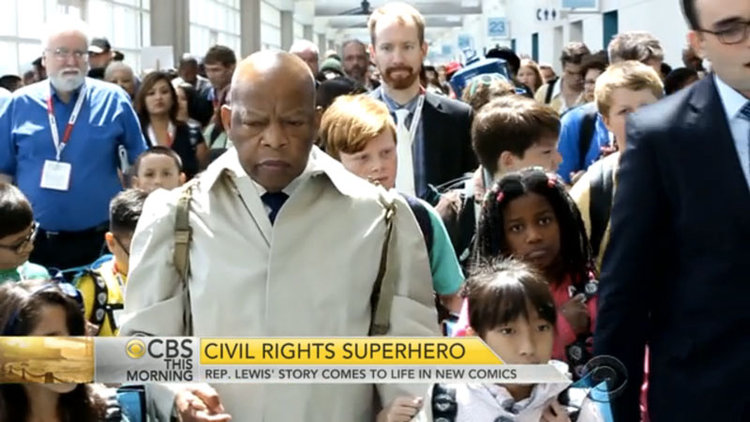 "I walked with little children, wonderful little children," says Lewis, who was joined by Aydin and Powell every step of the way. "We marched onto the floor of the convention center. It was unreal, unbelievable... and this throng of people came walking with us."

CBS then sat down with the students who had marched with Congressman Lewis to find out what they'd learned from March. "He empowers me to fight for what is right... not giving up so easily." said 9-year-old Valerie Medina. "A superhero does the right thing, and so does he," agreed Ameera Ali, 10. "Superheroes are meant to help people, and that's exactly what John Lewis does." 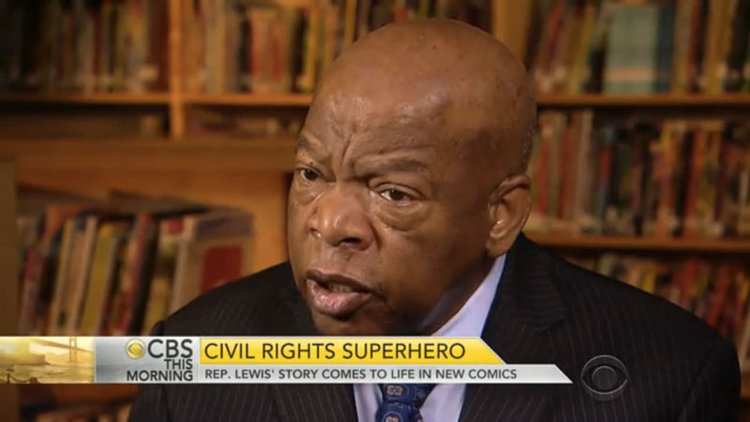 Lewis explained his goals for the series, which has already achieved #1 New York Times Bestseller status, become required reading at colleges & universities nationwide, and been honored by both the Coretta Scott King & Robert F. Kennedy Book Awards: "It is important to educate, to inform, and to inspire another generation of young people to say 'When I see something that is not right, not fair... I too can do something. I can speak up. I can speak out. I can find a way to get in the way.'"

Watch the segment here, and please help us spread the word about this vital project — join the March!