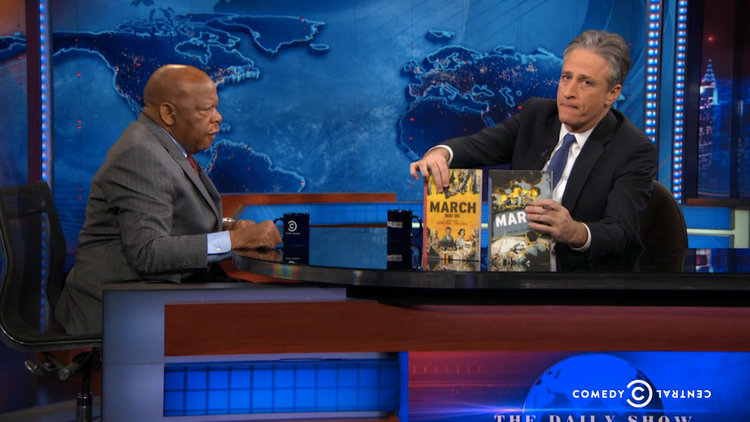 Last night, Congressman John Lewis continued his mission to share the legacy of the civil rights movement with today's youth, making his first appearance as a guest on The Daily Show with Jon Stewart. Lewis discussed his award-winning graphic novel series, March (co-written with Andrew Aydin and drawn by Nate Powell), which is swiftly becoming an essential resource for bringing the past alive to new generations and inspiring readers to carry on the powerful tradition of nonviolence. 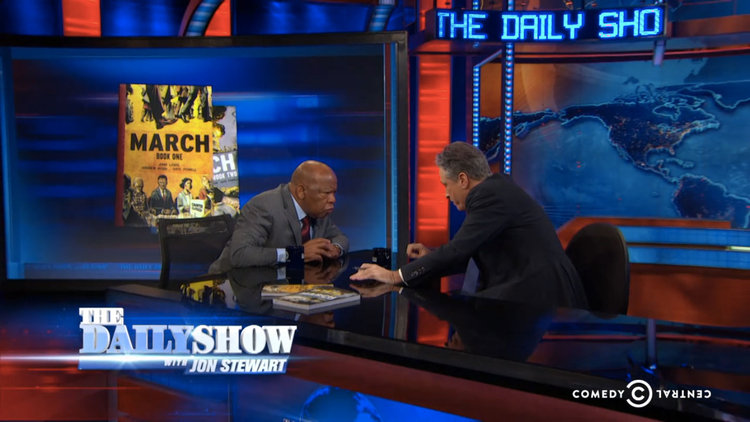 In an episode fully devoted to Lewis, the congressman walked host Jon Stewart through some of the many civil rights milestones he witnessed and led throughout his astonishing career. “People must understand," he said. "And that’s why we did these two books here, March: Book One and Book Two, to tell the story, so our young people — our children, and their children — will understand what happened and never forget it.” 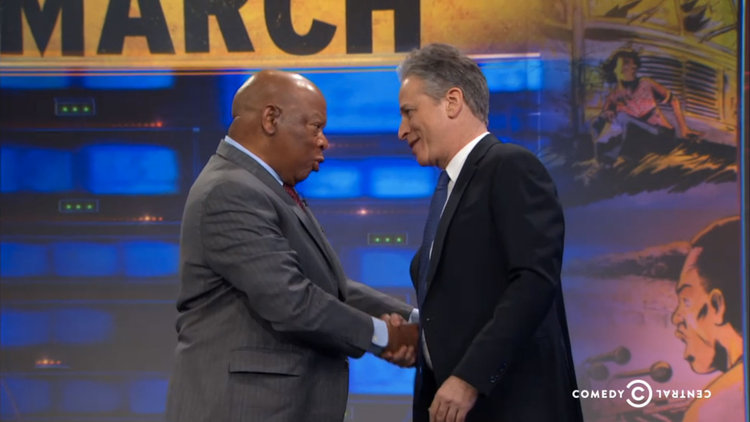 The next morning, Congressman Lewis continued the conversation and discussed March on CNN's New Day. 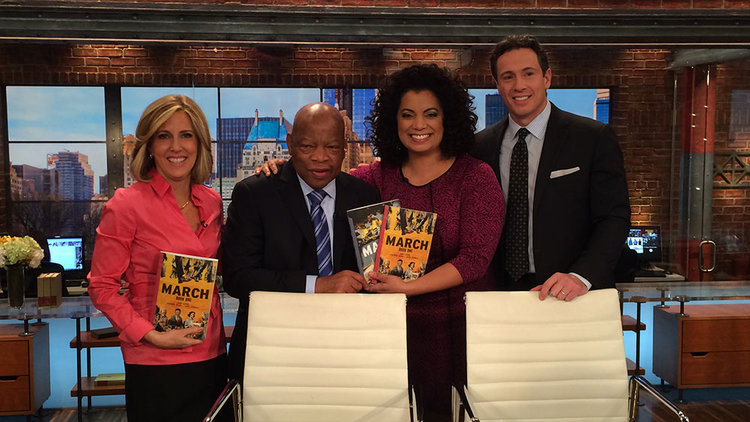 March: Book One and the new March: Book Two, called "essential reading" by dozens of outlets including USA Today and The Washington Post, have spent a combined 50 weeks on the New York Times Best Seller List. Among other honors, March: Book One is a Coretta Scott King Honor Book, the freshman reading selection at several major universities, and the first graphic novel ever to receive a Robert F. Kennedy Book Award.