U.S. Congressman and civil rights icon John Lewis has brought his award-winning and best-selling graphic novel series March to the Bay Area this week, with a visit to Apple headquarters and speeches to thousands of students at San Francisco State University and San Francisco Public Library, as part of the launch tour for the new March: Book Two. 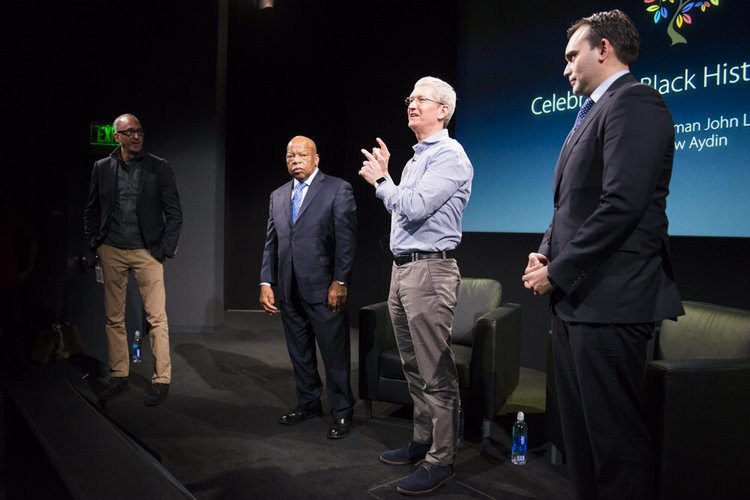 Congressman Lewis and co-author Andrew Aydin spoke to Apple employees in Cupertino and beyond, following an introduction from Apple CEO Tim Cook, who said: "My hope is that everyone reads this, & I would love to see the day that it's required reading in every school." Later, Cook tweeted his support of the trilogy:

Honored to host @RepJohnLewis at Apple today. His 50-year march for justice and equality inspires us. @MARCHTrilogy pic.twitter.com/I5ye7OdIDi

Cook's praise for March now joins the chorus from other major figures and media outlets:

Written by Lewis & Aydin and drawn by award-winning artist Nate Powell, March has become a cultural phenomenon, an instant #1 New York Times bestseller, and the first graphic novel to ever receive a Robert F. Kennedy Book Award. Today, as we head into the 50th anniversary of the landmark "Bloody Sunday" march in Selma that he led with Hosea Williams, the story of March is more essential than ever. 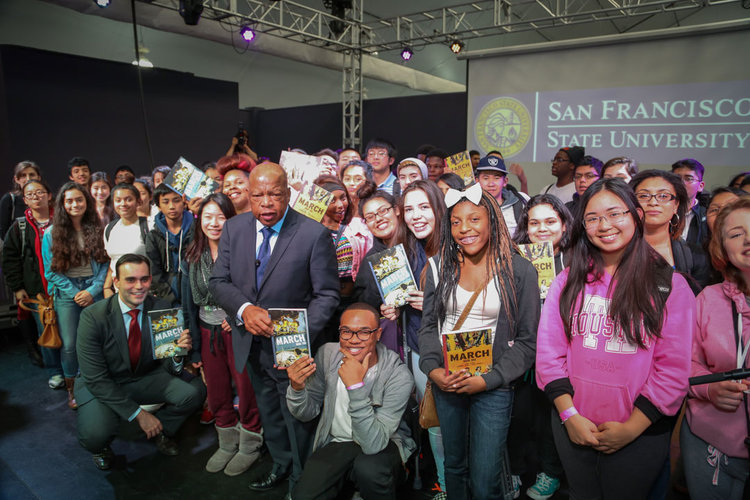 It's fitting that, just as Lewis and his generation were inspired by the 1950s comic book "Martin Luther King and the Montgomery Story," Lewis is now performing the vital work of educating young people about the past and inspiring them to build the future — through the transformative power of nonviolence.