“With March, Congressman John Lewis takes us behind the scenes of some of the most pivotal moments of the Civil Rights Movement. In graphic novel form, his first-hand account makes these historic events both accessible and relevant to an entire new generation of Americans.” — LEVAR BURTON

"Visually stunning… This insider’s view of the civil rights movement should be required reading for young and old; not to be missed." — School Library Journal (starred review)

John Lewis has been many things in his career: a civil rights activist, a featured speaker at the March on Washington, a leader of the "Bloody Sunday" march in Selma, a respected member of Congress, a recipient of the Medal of Freedom, and a worldwide symbol of the power of nonviolent protest.

With his latest project, he's added "#1 bestselling author," as his multi-part graphic novel autobiography, March, has become a smash success. Today, the long-awaited March Book Two reaches store shelves, poised to be even bigger than its predecessor — and perhaps even more relevant to this day and age. With March: Book Two, Congressman Lewis, Andrew Aydin, and Nate Powell give us a first-hand experience of milestone events that transformed the nation, including the 1961 Freedom Rides and the 1963 March on Washington. 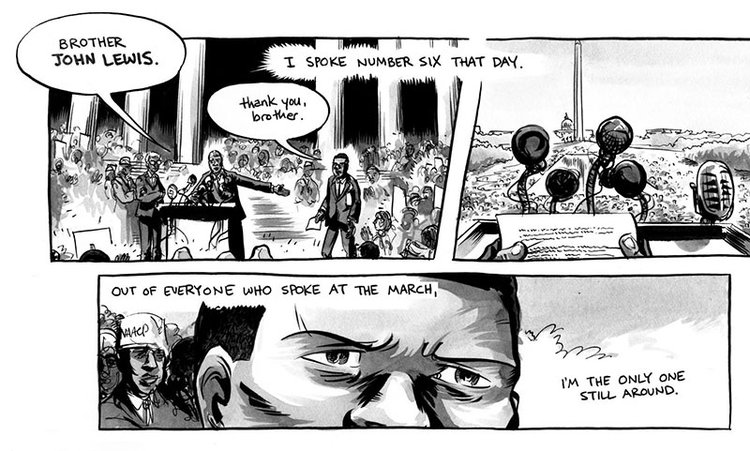 At a time when, according to the Southern Poverty Law Center, the majority of states earn a D or F grade in teaching the Civil Rights Movement to their young people, March has quickly become a key resource for schools, libraries, activists, and the general reader. It’s been adopted in classrooms nationwide, spent 40 weeks on the New York Times Bestseller List, and even become the first graphic novel to win a Robert F. Kennedy Book Award. What's more, three major universities planned their freshman orientations around March, compelling 15,000 students nationwide to read and discuss it in a single month.

Why a graphic novel? Because John Lewis remembers the impact that a 1957 comic book "Martin Luther King and the Montgomery Story" had on him and his whole generation, inspiring them to take up nonviolence and join the civil rights movement. Now he's having the same impact on young people today. 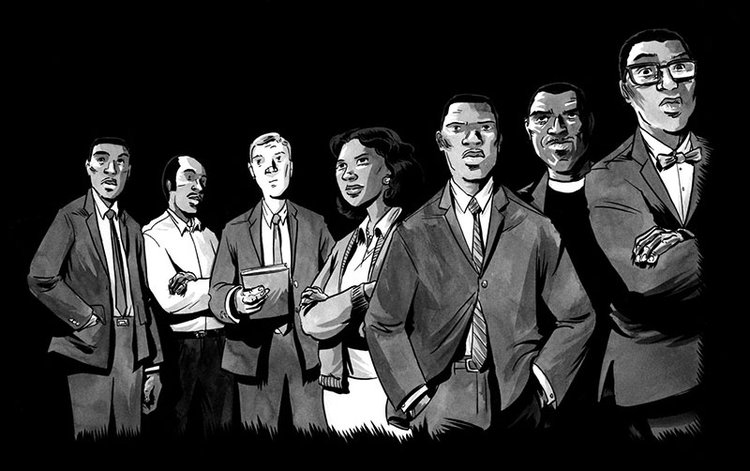 As America continues to grapple with issues of race and the legacy of the civil rights movement, March offers an unforgettable success story and a way forward — one that's already been embraced by countless readers who are looking for hope today.

Congressman John Lewis is an international icon, and his story is now more essential than ever. See why this project has become such a phenomenon — join the March!