Hey Bartender / really? has it been two weeks?...

Yikes! O.k. lots of fun stuff, so fasten your seatbelt.... 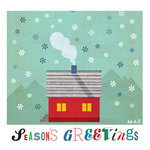 • So does Jed McGowen.

• Nate Powell is one busy motherf*cker!! He recently sent in this bit of juicy info:

"Hey y'all! Just letting you know that I illustrated an awesome book called EDIBLE SECRETS: A Food Tour of Classified US History by Michael Hoerger & Mia Partlow, which Microcosm Publishing just released. I'll send one to each of you... it is perfect highbrow bathroom reading. Here's a copy of the cover and a link, if you wanna put it up on the blog section or anything... thanks!" 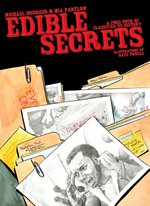 • I recently finished "mentoring" a student at the Center for Cartoon Studies named Pat Barrett. Just received an announcement for a new web comic he and two pals are doing, called Farmy Acres. It's an ambitious conceit, and worth a peek.

He writes:
"My buddies Dan McCool, Todd McArthur and I have started a new web comic. It's set on a farm in Kansas, 1962. Each of us draws a strip about one area of the farm. Our characters can move around from place to place, but we're stuck drawing the same location, which means story lines will wander from cartoonist to cartoonist. A new strip will be posted every Monday and Wednesday,"

• Jeffrey Brown's work will be showing at the Museum of Contemporary Art in Chicago in January:

• Did i already run this Liar's Kiss poster? Sweet! (Coming in April.) 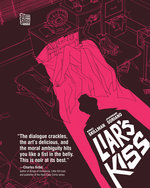