Hey Bartender / well this is wicked cool on Wired...

well this is wicked cool on Wired...

The Science-Fact Behind 'Surrogates'

• Eddie Campbell has a dedicated link for all things Alec.

To learn more watch this, Making of the FLUKE 2009 anthology movie!! 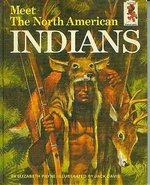 - Storm Clouds, by Jeff Soto. Published by Murphy. One of my favorite of the contemporary hipster fine artists. Really really beautiful and dreamy stuff. 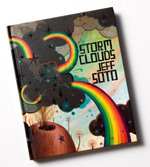 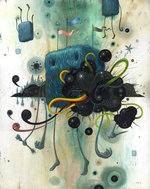 - Scott Morse's Red Window publishing label does very few books in a year, but they are all worth having. And this summer, he follows last year's stunning Ancient Book of Myth and War, with the exquisite Ancient Book of Sex and Science. It's by the same four genius artists who happen to work at Pixar, Scott Morse, Lou Romano, Don Shank, and Nate Wragg. I can not recommend this book highly enough. Get it now because it won't last long.

Every one of these four powerhouse artists deserve their own, feature-length, lush coffee-table art books. Some day?... 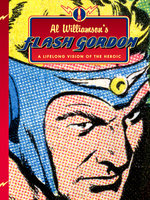