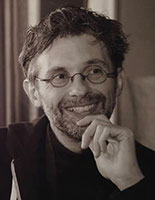 David fell into the world of comics even before he learned to read. After studying art history, he moved to Poland, where the letter V doesn't exist, so he launched his career with a funny pseudonym, Dawid. Returning to France, he joined different cartoonist workshops in Tours, producing drawings, games, and cartoons for young audiences, schoolbooks, and newspapers. His published work includes two books with Delphine Cuveele (Passe-Passe and Dessus Dessous) and the Supers series (winner of the 2016 ABCD youth prize) with Frédéric Maupomé.