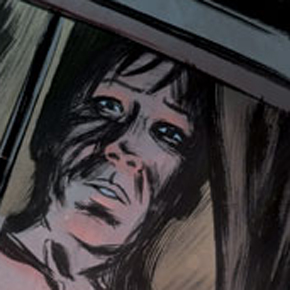 Steve Ekstrom is a recipient of an Academy of American Poets Award; he is a recognized journalist in the comic book industry as well as an up-and-coming writer of comics living in Tampa, Florida. For several years, Ekstrom has contributed to websites like Shotgun Reviews, Fangoria.com and Newsarama.com. His sequential work has been published in 803 Studios’ Sequential Suicide, the critically acclaimed Negative Burn anthology series from Desperado Studios, Tin Star Studios and his project, The Ares Imperative, competed in July 2009 for DC Comics’ Zuda web imprint.

Currently, Ekstrom is hard at work on two creator-owned projects, a short for Image’s Outlaw Territory Volume 3 and a short OGN project titled The Painting. His first short film, Bouquet, was produced in July 2010 in Jacksonville, Florida by DripsBlack.