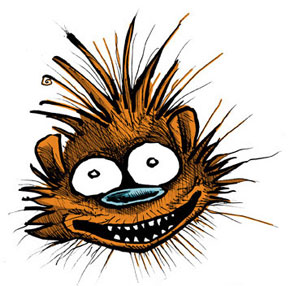 John Will Balsley graduated with a BFA in Illustration from the Milwaukee Institute of Art and Design in 2005. His illustrations have been shown in exhibitions and galleries alongside the work of legendary artists such as Art Spiegelman and Robert Crumb. Also, his freelance illustrations have been published in newspapers and magazines, and he is often commissioned to design materials for musician and fellow artists. John has been drawing comics his entire life and lists Robert Crumb, Tony Millionaire, and Matt Groening among his many influences. Yet his inspiration transcends graphic novels, and he is also influenced by animation, literature, music, cinema, and dance. After a one year hiatus to pursue his musical interests, John has recently renewed his interest in writing and illustrating comics.

Check him out at:
www.johnwbalsley.com - For illustration and art www.jwbalsleycomix.com - For comics