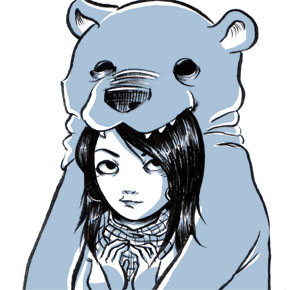 Emi Lenox is a Portland, Oregon based artist who keeps a semi-daily diary comic called EmiTown, where she documents random happenings and thoughts in a stream-of-consciousness comic form. It has been collected into a 400-page volume by Image Comics, published in December 2010. She has done guest work for Jeff Lemire's Sweet Tooth and Mike Allred's Madman. She has a fear of creepy crawlie insects and a massive distaste for bears due to their frequent visits in her nightmares. Despite these, she does have a profound love for cats, bassets, iPods, Dexter, and sushi.