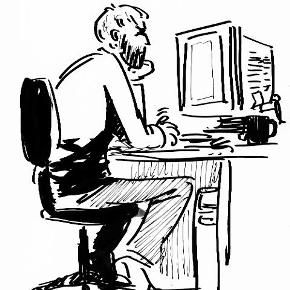 Elton Pruitt writes comics in the bustling metropolis of Little Rock, Arkansas. He’s had stories published in 803 Studios’ Sequential Suicide and Desperado Publishing’s critically acclaimed Negative Burn, and is pleased to now add Top Shelf 2.0 to that list. He used to write a fun little column for Scryptic Studios called Running Up That Hill, the first installment of which you can now read on his website at EltonPruitt.com.

Elton loves the Cardinals, the Yankees, and Natural Ice beer, though he favors a Red Sox cap and IPA when writing. He dreams of someday writing a comic book that’s even half as good as Kirby’s Kamandi!