catching up and getting books out the door and support materials made and my garden planted... 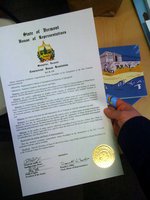 James transcribed some of the fine-print legalese:
"Whereas in a recent edition of his American Elf cartoon series, in which James Kochalka humorously depicts his own life, he acknowledged to his thrilled agent the importance of being designated the first Vermont cartoonist laureate, but then refused to discuss the matter further citing an immediate preoccupation with making grapefruit-peel candy with his sons Eli, 7, and Oliver, 3"

• Meanwhile, i got a wee little way into my pile of comics picked up at Stumptown. Here's some micro-reviews. As always, if you read about it here, it comes recommended. By them now and thank me later.

First, Little Otsu doesn't really have a prolific publishing schedule — in fact, much of their output are blank artist journals and such — but what they do put out is usually amazing. Case in point, volumes 2-4 of the Living Things series. (I already gave huge props to #1 a while back.) 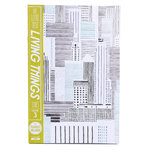 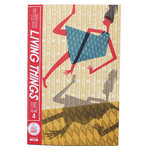 These are all excellent, but my favorite of the three is titled Pheromones: A Chemical Conversation, by Jo Dery. As a budding naturalist myself, books like this that explore the natural world can't come out often enough. 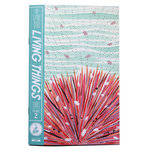 Next up, What, Were You Raised by Wolves, by Vera Brosgol. This is a very affecting little tale, with a surreal and dark twist that reminds me of the twisted tales of Graham Annable. Vera's art and storytelling are simple, in the best way. Gorgeous.

From David Lasky (drawn, anyway) comes Soixante Neuf (that means "69" in French), written by Mairead Case. This is a terrific little flip-book about the May/December romance between Serge Gainsbourg and Jane Birkin. ("She was 21, he 40. Jaws dropped. Eyes popped.") Lasky could draw the phone book, or the menu at a cheesy diner, and it'd be a gem. This is just good stuff all around. Released by Light in the Attic Records. 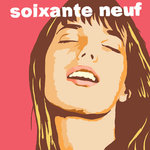 Finally, in the It's-About-Time column, Secret Acres has released the first collection of comics, I Will Bite You!, by the brilliant Joseph Lambert. I've raved about Joe's comics several times before, and here's where you can get most of his output to date in one volume. 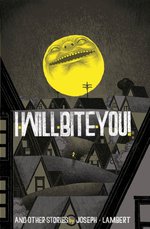 • Catch you kids when i get back from Stockholm!!