•Â Off to Small Press Expo in just a few days, and getting fired up. This is hands-down my favorite con of all the cons. It'll be interesting to see what the vibe is like at the new hotel. It's been such an interesting year in comics, i have a feeling it'll be jumpin'.

•Â Corey Lewis, mastermind behind the Oni books Sharknife and Peng!, just completed the poster for the first ever Top Shelf/Oni Press co-hosted party for Stumptown Comics Fest, which we are calling (thanks to intern Jacq), Comic Tonic. (An official announcement will hopefully be on both our sites soon.)

In the meantime, here is Corey's first rough sketch, followed by the first treatment of the finished poster. Cool stuff. 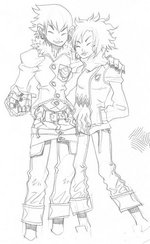 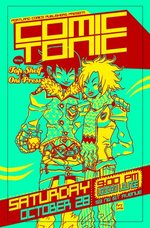