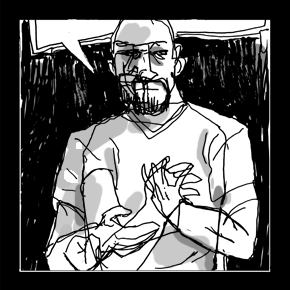 Jason Copland is an illustrator of comic book stories, some of which have even been published. He drew the one-shot comic, The Perhapanauts: Molly’s Story (Image) and has been included in a number of critically acclaimed anthologies including Trickster: Native American Tales, a Graphic Collection (Fulcrum Press) and Postcards: Stories That Never Happened (Villard/Random House). Jason is currently co-producing the online giant monsters vs. giant robots comic, Kill All Monsters! You can read it here.

Jason lives in Vancouver, Canada with his wife and son. To learn more about Jason’s work, check out www.jasoncopland.com.