LEAGUE: 1969 is the month's top seller -- plus interviews, reviews, & annotations! 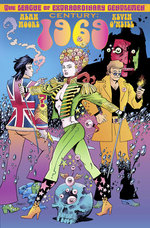 First item: it's the bestselling graphic novel of the month! Our distributor Diamond reports that it's far and away the #1 book for July 2011.

Next item: Intrepid reporter Zack Smith at Newsarama has just concluded an epic 4-part interview with Alan Moore! Check out parts One, Two, Three, and Four -- all packed full of insight into the League, the 1960s, and everything under the sun.

If you can't get enough League and want to catch every single reference, hard-working fans have stepped up to provide detailed annotations: Jess Nevins, The Mindless Ones (one, two, three), Revolution SF, Newsarama.

And what are the critics saying? "Part fun fiction exercise, part straight up adventure story, The League of Extraordinary Gentlemen: Century: 1969 is a flat-out fun book to read. Underneath all of the references and allusions is a very easy-to-follow story that has all of that other stuff built up all around it." says Chad Nevett at Comic Book Resources

"Easily one of the best of the year, from its acid-trip showdowns on the astral plane to its head-nods to The Beatles (er, I mean, The Rutles), Mick Jagger's literal satanic majesty, and the monochrome comedown of punk rock's nihilistic birth in the ensuing '70s." -- Scott Thill, Wired

Grab your copy today from your favorite retailer -- or even digitally through Comics+! 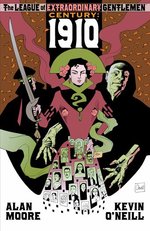