Welcome to SUPER TOKYOLAND and I AM A NUMBER!

As we gear up for San Diego Comic-Con and the release of some stunning summer books (including Home Time, Surfside Girls, Sh*t My President Says, and Return of the Dapper Men), time marches ever on — and two amazing fall books are now open for pre-order! The Top Shelf family continue to expand as France's Benjamin Reiss explores Tokyo while UK design legend Rian Hughes presents his first ever solo collection of comics:

"Humble, sincere and spontaneous... The drawing is original, and Reiss takes every opportunity to show that he has more than one arrow in his quiver." — Le Bar à BD

"One feels grateful for its sincerity and frankness... Reading Super Tokyoland is a pure moment of pleasure: travel, cultural discoveries, and guaranteed escapism." — Publik Art

In August 2002, artist Benjamin Reiss flies to Tokyo to spend a year with Kayoko, the Japanese girl he met in France a year earlier. What he finds upon landing is a vast and complex culture, steeped in tradition but full of surprises. As one year stretches into six, Benjamin becomes immersed in the world of sento baths, taiko drums, and bento boxes, while studying cartooning under several masters of manga.

With striking detail and easy charm, Super Tokyoland is a perfect hybrid of European and Japanese comics, forming a rich exploration of immigrant life. 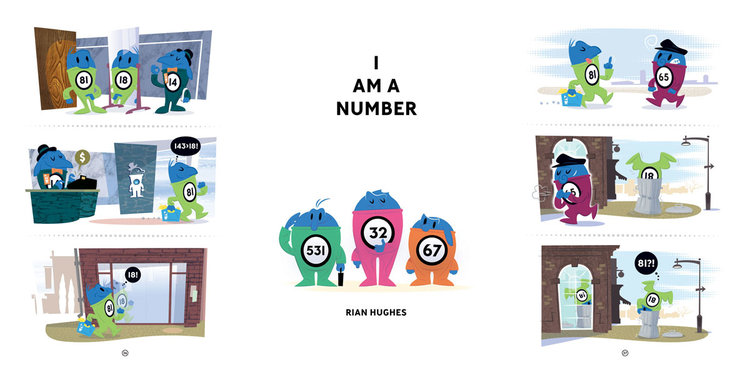 I Am a Number by Rian Hughes

"One of the most successful and prolific designer/illustrators of the past 20 years" —Roger Sabin, Eye Magazine

"Hughes has been credited with doing more than anyone else to elevate the sophistication level of comic book design."—Michael Dooley, AIGA

"One of the most interesting and engaging graphic designers working with comic books today." —Sonia Harris, Comic Book Resources

Rian Hughes has got your number!

When everyone has a number, everyone knows their place. Lower numbers are better, higher numbers are less important, and that’s just the way it is. But what if that number could change? You might try to buck the system and assert your individuality… or you might end up with a big fat zero.

Big questions are explored and unexpected answers found in the first solo comics collection from award-winning designer & illustrator Rian Hughes. His whimsical, witty, and insightful strips reveal the lighter side of our obsession with social rankings. Where do you stand in the pecking order? Is your number up? 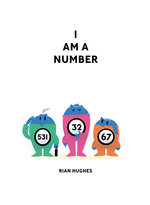 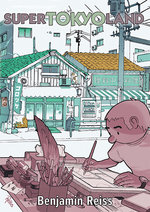