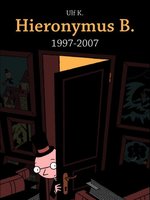 "If you should be lucky enough to see this book in your comic shop on Wednesday, snap it up immediately, take directly it to the cashier, buy it and do not pass Go. ... Whimsical without being cloying, and featuring some truly stunning line work, Ulf K deserves a wider audience in the States." …