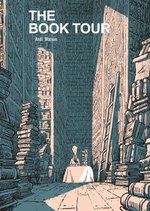 "Packed with black humor. We were …